Over the next few weeks, I’ll be sharing articles on some of the real historical characters we meet in Hilary Mantel’s novels Wolf Hall and Bring Up the Bodies, and the BBC adaptation of the books. Today, we kick off the series with an article by Olga Hughes of http://nerdalicious.com.au/. Olga looks at who Walter […]

Karma and Cromwell or a Waste of a Brilliant Mind?

On this day in history, 28th July 1540, Thomas Cromwell, Earl of Essex and Henry VIII’s former right-hand man, was beheaded on Tower Hill. He had been arrested on 10th June 1540 at a council meeting, and a bill of attainder passed against him on 29th June 1540 for the crimes of corruption, heresy and […] 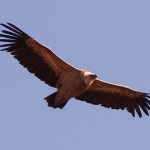 Wow, what a week it has been and it’s only Tuesday!! I just thought I’d take the chance to do a news round up and let you know what’s new to the site and what’s been happening in the world of The Anne Boleyn Files:- On this Day in History Today, we think about Thomas […]