Today is the anniversary of the death in 1546 of Sir John Spelman, judge of assize and law reporter. He was buried at Narborough, Norfolk. Spelman is known for his reports of cases from 1502 to 1540, which included the proceedings against Cardinal Wolsey, Lord Dacre, the Carthusian monks, Bishop Fisher, Sir Thomas More and […] If you’ve been following The Anne Boleyn Files for a while, you will know that I’m very much an advocate of using primary sources, i.e. contemporary evidence/records, for research. Of course, I do use secondary sources, the work of reputable historians, but never without checking the sources used by them. For me, when I’m reading […] 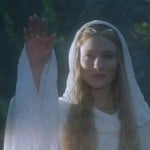 In “The Lord of the Rings: The Fellowship of the Ring” (see, I don’t just read history books!), Galadriel says “And some things that should not have been forgotten were lost. History became legend. Legend became myth.” When I heard that quote it really struck me and I couldn’t stop thinking about it. Those of […]