On this day in Tudor history, 26th November 1585, Catholic priest Hugh Taylor and his friend Marmaduke Bowes were hanged at York. They were the first men executed under Elizabeth I’s 1585 statute which made it treason to be a Jesuit or seminary priest in England or to harbour such a priest. These two Catholics […] On this day in Tudor history, 8th May 1536, some very distasteful behaviour, downright greed, was being displayed by some of Henry VIII’s courtiers. They were like vultures circling, wanting to take advantage of the fall of Queen Anne Boleyn and their fellow courtiers. What were they doing? What were they after? Find out in […] 1536 was a rather eventful year for King Henry VIII – his first wife, Catherine of Aragon, died, his second wife suffered a miscarriage and was then executed for treason, he lost five of his friends on the scaffold, he got betrothed and married for a third time, he was reunited with his wayward daughter, […]

This date in history, 15th June 1519, is the date traditionally given for the birth of Henry VIII’s recognised illegitimate son, Henry Fitzroy, Duke of Richmond and Somerset. Fitzroy was born at the Priory of St Lawrence, in Blackmore, Essex. His mother, Elizabeth (Bessie) Blount, had been sent away from court to the prior’s house […]

On this day in history, 22nd July 1536, King Henry VIII’s illegitimate son, Henry Fitzroy, Duke of Richmond and Somerset, died at St James’s Palace. He was just seventeen years of age, having been born on 15th June 1519 to the King’s mistress, Elizabeth (Bessie) Blount. In 1525, he had been elected as a Knight […] 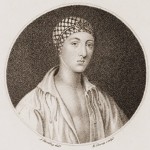 On 26th November 1533, Henry Fitzroy, Duke of Richmond and Somerset and the illegitimate son of King Henry VIII, married Mary Howard, daughter of Thomas Howard, 3rd Duke of Norfolk, at Hampton Court Palace. They were both fourteen years of age. The wedding appears to have been rather low-key, so much so that it is […] Today marks the aniversary of the death of Henry Fitzroy, Duke of Richmond and Somerset, at St James’s Palace, London. The seventeen year-old duke was the illegitimate son of Henry VIII, by his mistress Elizabeth (Bessie Blount), and the husband of Mary Howard, daughter of Thomas Howard, 3rd Duke of Norfolk. It is thought that […]

On 8th May 1536, while Anne Boleyn, Mark Smeaton, Sir Henry Norris, Sir Francis Weston, Sir William Brereton, George Boleyn, Sir Richard Page and Sir Thomas Wyatt were in prison at the Tower of London, courtiers were busy writing letters to put forward their claims for offices and titles that may soon become vacant. In […]